Yup, another week, another Friday, another challenge. Brought to you by our sponsor this month, Karleigh Sue Digis. And our randomly-selected participant will win a $10 GC to this fun, unique shop. I hope our winner enjoys shopping for such cute images!

Where to start with an update on the Mulls...well, first of all, I had to get rid of the graham cracker crumbs Gary left on the keyboard. Can't stand typing in grit...

OK, so we were supposed to be in Cancun this week for a mini-vacation. But we are not. For various reasons: like there are thunderstorms all week down there. Didn't think that would be especially fun to deal with. I mean, I don't want to try snorkeling in a thunderstorm--or even walking on the beach, for that matter. Then there is the work on the pool. (Which we didn't want to be gone during--and we had originally figured they couldn't start until after we got back--wrong. There has been so much done--enough that we needed to be here for decisions.) But, and here's the kicker reason, and it kicked me right in my gut: Donovan got sick. As in so, so sick with vomiting and diarrhea. Oh, joy, huh?

It started last Friday night. Puking all night long. He and I finally laid down about 4:30 a.m. for a couple of hours. And then I took him in to our vet. Where they gave him some sub-cutaneous fluids, anti-nausea meds, and did a barium study to see if there was blockage. They also did prelim blood tests, which showed an elevated level of lipase from his pancreas. The barium was sluggish to move through him, but it did, finally, which should indicate that there is no blockage problem, but that he has pancreatitis. Which causes vomiting and diarrhea. And you just have to wait the attack out. With some meds to sooth his digestive tract, and to fight a possible bacterial infection.

He took a turn for the worse on Monday night, so we went to the ER vet. And they also gave him a shot for nausea and took blood for more definitive testing. The testing came back with slightly elevated levels indicating pancreatitis, but no other problems. Thank goodness! Of course, he had to have another bad night Tuesday--you know, just to keep me on my toes. And I was ready to take him in to the vet again for another anti-nausea shot, but he rallied Wednesday morning. Was hungry for some yogurt. And then we cooked ground turkey and rice and he ate that with no problems! Ate fine all during the day. No nausea, no icky pooping. YAY!!!!

Awakened Thursday with him acting so completely like himself, right down to the chase-and-spin game he likes to play on our bed in the morning. He hadn't done that for over a week. I am soooo relieved. His weight feels sooooo much better, too! Oh, the power of prayer...

Here's how fast they are moving on our pool. They laid it out last Thursday and yesterday they filled it with shotcrete. My head is spinning. Literally. I have to grab it to keep it from flying off my body. I have never heard of pool construction moving so quickly. Gary, bless him, has been taking photos of all the phases, so I'll show you those on a future post.

FYI, there has been a party going on this week at The Outlawz. And I have not been participating, sadly. I thought I was going to be gone, and instead have been too busy/frazzled to do much of anything. Not even comment on blogs. So, if you haven't received any comments from me this week, rest assured that if you regularly comment here, I will be back to reciprocate. ASAP, I promise.

Oh, yeah, and my cardstock is from Stampin' Up.

Do stop by and check out all the wonderful creations by my teammates: Carla, Kathi, Laine, and our guest designer this month, Joan LaBelle. (Dawn is on a bit of a break.) And then color up an image, using any coloring medium, and be sure to include a scene in your creation this week! Am looking forward to you playing along with us!

We are headed to the Cardinals game on Sunday if all continues to go well with Donovan. It will be good for me to get some screaming in after this week, don't you think?

Have a wonderful weekend! 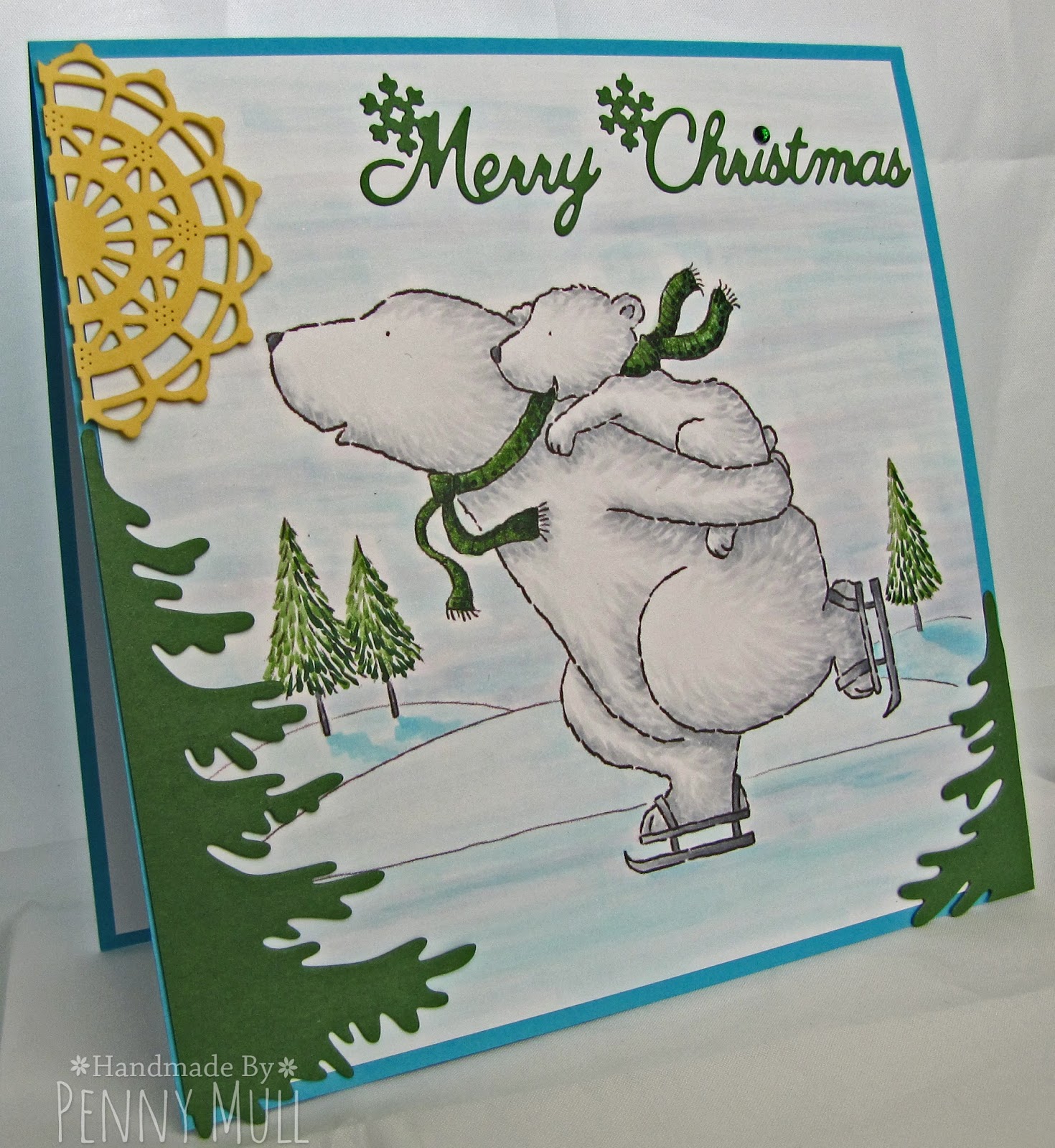